THE JOURNEY TO SACRED FRANKINCENSE PART 3

EDITOR’S NOTE: Since Gary Young’s passing, we have been taking stock of the tremendous contributions he made to the world by revisiting his presentations such as this fascinating seven-part blog post series called “The Journey to Sacred Frankincense.” Here’s Part III.

As I sat in my hotel room feeling deeply disappointed, I remembered a message that I had received from my friends Eldon and Nancy Knittle a week earlier when I was in Saskatoon, Saskatchewan, Canada, giving an interview on a television talk show. At the same time, they were in Dallas, Texas, giving a Young Living meeting in a health food store. Although it was late when I returned to my room after the interview, I quickly called them.

When I talked with Nancy on the phone, she told me that after their meeting, a stranger who was in the audience came up to her and handed her a piece of paper with a phone number on it. He said he was an Egyptian and hoped that she could reach me before I left for Egypt. He said it would be important for me to have the number when I arrived and for me to please call if I needed any help. Then, without further explanation, he turned and disappeared out the door.

I remember that as I hung up the phone, a strange feeling came over me. Was this a new mystery? After all, I was going to Egypt. But how did the stranger know I was going there? It was rather intriguing. I scribbled the number on a piece of paper, stuffed it into my wallet, and then turned to my unpacked suitcase that was waiting for me. I had to hurry and finish packing, as my flight left early in the morning. With all that I had to do, I never gave our “stranger” another thought until now.

I pulled my wallet out of my pocket to quickly look through all the little pieces of paper I had accumulated. If the number was for real, this was the moment to find out. To my relief, I found the paper still there and quickly dialed the number. When the voice on the other end said hello, I introduced myself and started to explain my situation. He carefully interrupted and said, “Yes, I have been waiting for your call.” He gave me a very specific time to go down to the front of the hotel with my things. I was not to speak to anyone, and when a black car pulled up, I was to get in quickly; and then he hung up. 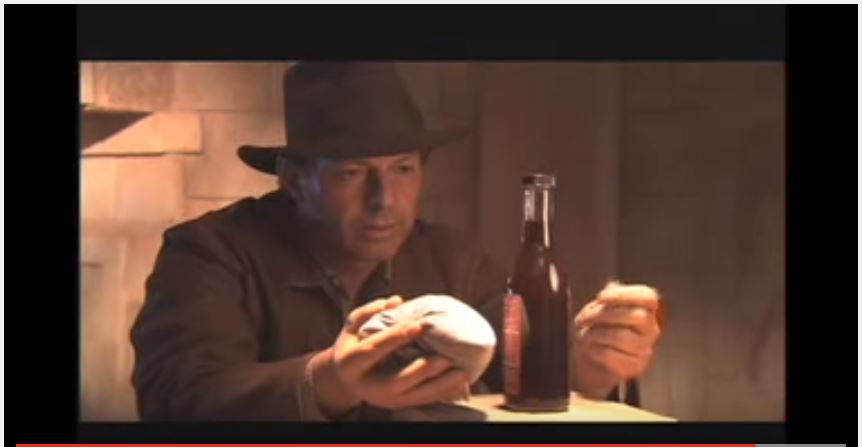 Feel free to share! If you copy and paste whole posts to your member blog, please attribute and link back to the original post on dgaryyoung.com.
2019, Legacy Gary, LG - Journey to Sacred Frankincense