Is grit one indefinable trait or the combination of many? Is it just toughness or is it toughness, persistence, and hard work, with a little bit of hope mixed in? Gary Young seemed to think it was all of those things, as evidenced by the stories members and executives tell of him. Here are five ways he exemplified grit, cultivated it in others, and showed us ways we can do the same:

Jared Turner, one of Gary’s right-hand men and now Young Living’s COO and president, tells the story of a river-rafting expedition he took in 2012 with Gary and about 40 Silver-ranked members. Their passage down the river was blocked at several points by huge cedar trees that had fallen across the river. Fortunately, it was shallow enough at points that Gary was able to get out, yank the chainsaw he’d brought with him on the rubber raft, saw the trees into manageable portions, and have the members push or pull them out of the way. 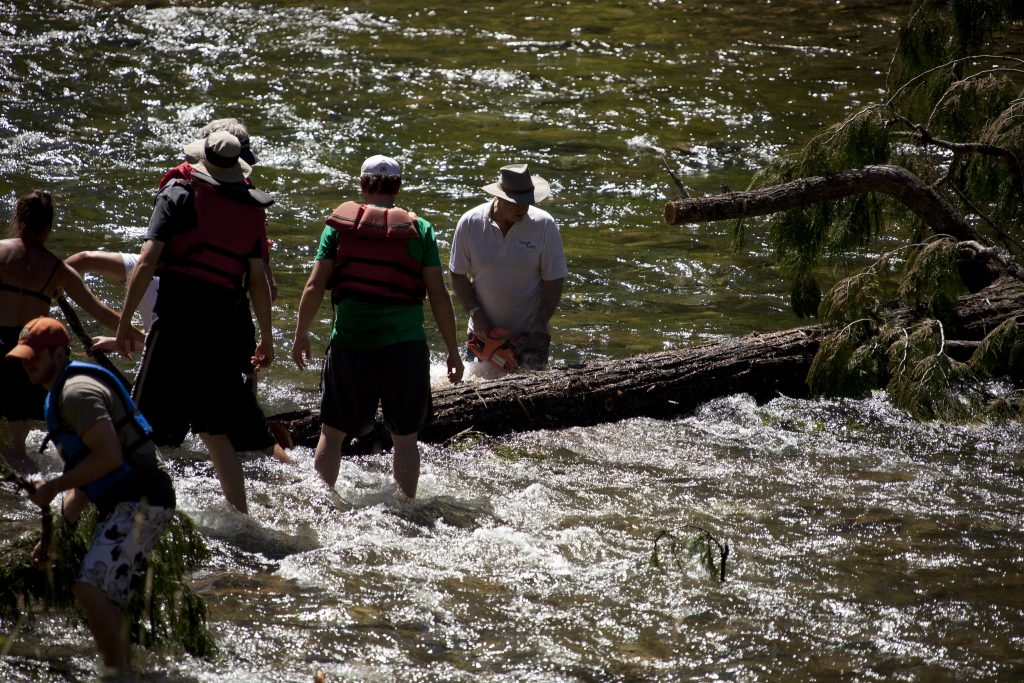 At one point, though, the water deepened, the current strengthened, and Gary was taken by it—with the chainsaw. They were both completely submerged. Since Jared was taller than Gary, he fished them both out, but they were both soaked. Jared was sure the chainsaw wouldn’t work anymore; but Gary pulled the cord a couple of times, and it started. Jared asked him how he got it to start. Gary winked and said, “I willed it to work.”

We may not all have chainsaws when we come upon the cedar trees blocking the river of our life, but we can develop the will to make things work no matter what.

Grit Tip #2: Give Someone a Job, Then Believe in Them

Member Care’n B. tells of an experience she had with Gary in 2013 at Young Living’s Highland Flats farm: He jumped into the passenger seat of a truck he’d just bought and driven cross-country to the farm while Care’n sat in the driver’s seat. “He walked me through instructions for driving the 10-gear machine,” she said, “ran me though a quick test drive around the block, then turned me loose with the keys and a job to do. Someone believed in me, so I believed too and had the best time ever, knowing I was important to the vision. A few days in, the transmission broke and I had to own what I had done. There was no shaming, no raised voice or question. Instead, I was handed a big smile and the set of keys to another truck. Gary didn’t put his faith in things; he put his faith in the people who stood with him.” 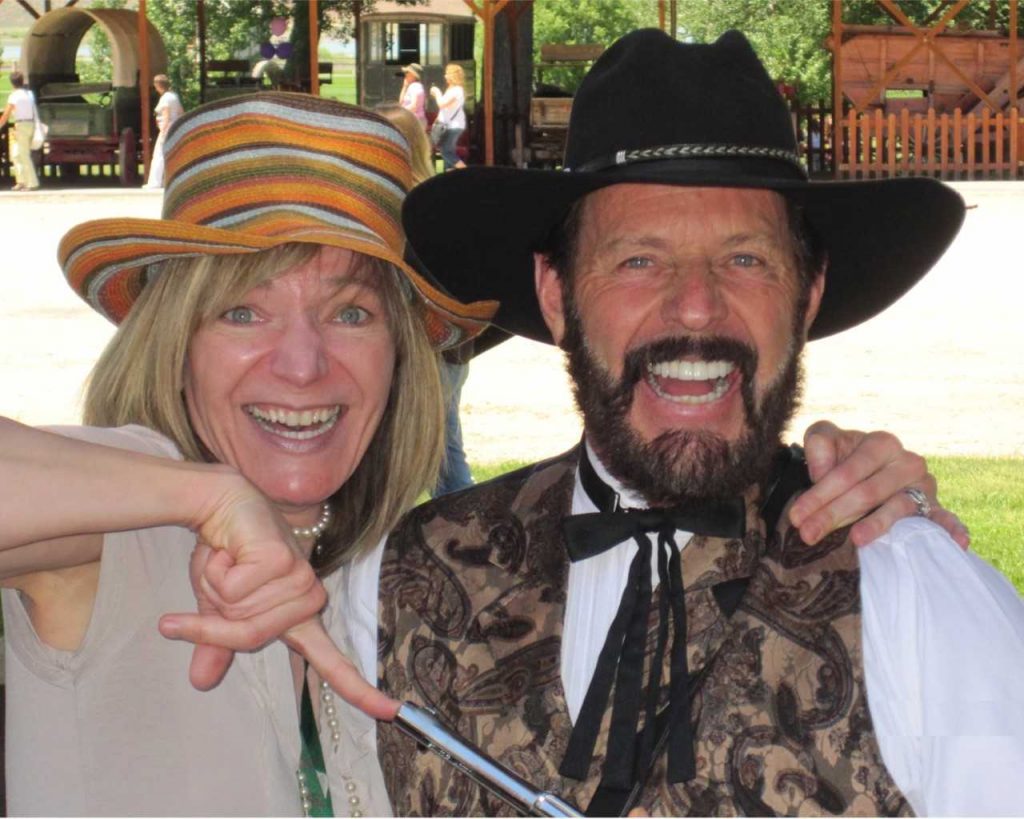 Sometimes grit comes from trying your hardest to do something you’ve never done before; sometimes it’s shown by trusting someone else.

Grit Tip #3: Get Out of Your Comfort Zone and Invite Others to Get Out of Theirs

Member Miquela D. said that at Winter Harvest one year, she was terrified to participate in a log-pulling exercise where felled trees were strapped together and pulled by large horses to a chipper, where they were prepared for distillation. It required her to stand on the tree bundle while it was moving and control the horses. “With members lined up down an alley of trees with their cameras in hand,” she says, “I prepared to hook to one small, safe, harmless tree. Right at that very moment, though, Gary approached me, took the cable, and wrapped it around the ENTIRE bundle. I’m talking 10-plus trees. My heart sank. He said, ‘You can do it!,’ then gave my horses a little tap on the behind and away we went. My foot caught a tree branch and down I went, still holding the lines but lying nice and safe next to the large bundle of trees until we reached the chipper. I did it! Who said I had to do it on my feet?”

She continues: “Gary always encouraged me to do things I never thought I could do. He got me out of my comfort zone and helped me face my fears. Needless to say, I continued two more years of Harvest and stayed on my feet for the remaining years. And I helped others face their fears like Gary did for me.” 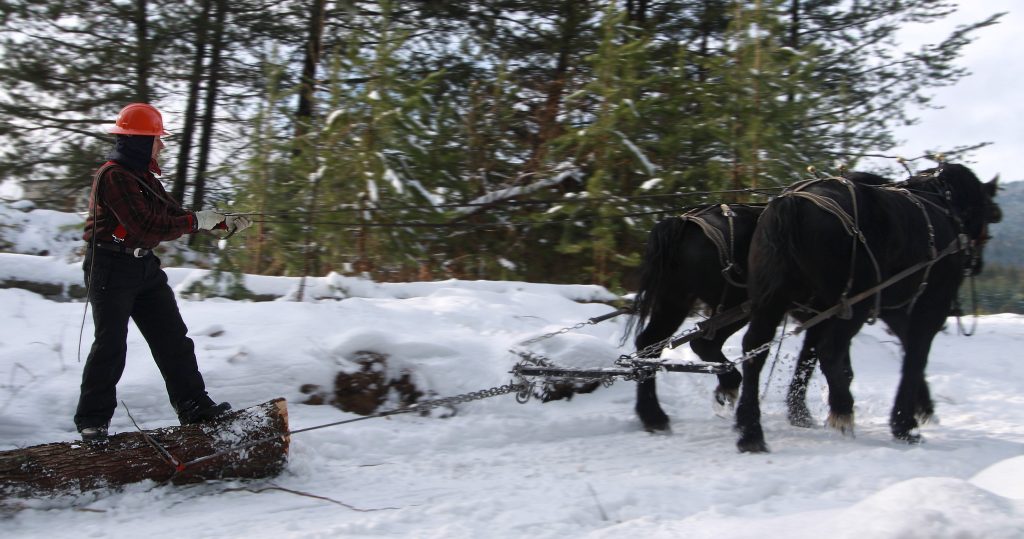 Grit Tip #4: Face the Negative Emotions Head On, Then Let Them Go.

In 2001 Gary spoke of a woman who came to see him seeking help. He recommended that she tackle her negativity as a pathway to understand her physical symptoms. He wanted to help her with her emotions.

She said, “Do you know how many people I have been to with my emotions?”

He replied, “And you brought them all back.”

“I’m just telling you. My emotions are not the cause of my problems,” she countered.

“Nevertheless,” Gary said, “before you do anything, you have to take these five notebooks and start writing. In your first notebook, write all of your negative feelings and thoughts.” He gave her five blank notebooks. It took her six days before she started.

When she came to Gary’s office some days later, she walked up to his desk, laid the notebook on it, and said, “There. I hope you’re satisfied.” He opened it up and found that it was full, front to back. When he looked back up at her, she was smiling. She said, “Dr. Young, you were right.”

He gave her the essential oil blend Release™. He had her rub it on her skin, breathe it in, sit back, and repeat, “I lovingly and willingly release and let go of all that no longer serves me in a positive and progressive way.”

“This way,” Gary said, “she didn’t have to decide what she needed to let go of, because the conscious mind is so judgmental.”

It takes grit to face negative emotions instead of ignoring them because they cause us pain. But often it’s only by doing so that we become stronger.

At a 2017 Iron Will Men’s Camp at the Young Living Skyrider Wilderness Ranch in Tabiona, Utah, member Don E. chose to participate in a fire walk. “Gary taught us how to identify our fears,” he says. “I am so grateful that his training helped me effectively identify and release fears. The amazing amount of energy freed up from letting go of my fears has been directed toward more productive accomplishments.”

That same week at Iron Will Men’s Camp, Gary told Don and the other participants to ask themselves who they were exactly. This was not a question of who they had become through the twists and turns of life, nor of who their parents, teachers, or friends said they were, but who they were created to be. Don said he needed to hear from God and get the answer of who he was created to be, but he didn’t get the answer right then. “When Iron Will was over, though, Gary let me stay in the bunkhouse near where his Alaskan sled racing dogs were kept. As I was praying and asking God for clarity on the question of who I was, a double rainbow appeared just outside the bunkhouse door, and God showed me image after image of who I was! Needless to say, the Skyrider Wilderness Ranch became a sacred place for me.

“Before the Iron Will Men’s Camp, I was full of limiting fears. I had no clue how to utilize mind over body in overcoming difficult challenges in life. Because of Gary Young, I have dumped lots of fears, freed up emotional energy for productive good, and I now understand the roles I am to serve in accomplishing God’s will in my life!”

Developing grit is a conscious, purposeful process, not something that happens by accident. If we’re not careful, the hard rocks of life can make us bitter, dispirited, and dysfunctional. It takes grit—a combination of toughness and hope—to smooth them out.

What did Gary teach you about grit? Tell us about your experiences developing grit, in the comments below.